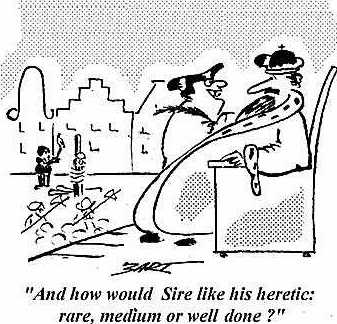 My, my, my how things have changed up North. There are indeed moments when I long to be back in Canada. This is one of them. Things are heating up in the true north strong and free, although I imagine that Stephen Harper would argue that things are a little too strong and too free for his liking.

In case you’re living under a rock (read: If you’re an American and don’t get any news beyond the borders of your country), you can enjoy a sampling of Canadian news here, here, here, and here.

I imagine that I’ll have much to say over the next week as this coalition comes to fruition and our “strengthened” government (Stephen Harper’s words) collapses. What I’d like to focus on is not the news itself… there are enough people getting paid to rant and rave about all that. Instead, I’ll direct my own rants at the inevitable hypocrisy that will emerge from the Conservative camp as they attempt to quash any attempt at upholding the notion of checks and balances in our parliament.

To get the ball rolling, let’s put to rest a few of the lies that have already emerged from the Conservative party:

LIE: The coalition is an “undemocratic,” attempt at seizing “unearned” power.

TRUTH: If the ruling party in parliament loses its majority support in the House of Commons, the Governor General will either call for a new election, or if the viable option exists for a coalition government to be formed, can allow them the opportunity to govern. More on that here, for you non-believers. This is a minority government, folks. It’s constitutional. It’s the very definition of democracy. It’s called checks and balances, people.

LIE:This is a “backroom deal that would usurp the elected government without the people’s consent.”

TRUTH: See above. Also note that anything that happens on the floor of parliament (where the no-confidence motion will take place) is hardly in a “backroom.” And also note that almost everything the Harper government has done has been in the “backrooms” and boardrooms of the country, without the people’s consent. Moreover, both the Grits and the NDP have been undeniably public and transparent with regards to their “deal”. Anyone with access to Google can tell you that.

LIE: “Voters certainly offered no mandate for the Liberals and NDP to form a formal coalition with the separatist Bloc Quebecois”

TRUTH: There is no “formal” coalition with the Bloc. They will receive no seats, no cabinet positions, and no change of status in parliament. They are no more in a formal coalition with the Libs and the NDP than they are with the Conservatives. The Bloc will continue to decide on their own what to support and what not to. If it happens that they disagree with the current Conservative agenda and agree to a progressive coalition between the Liberals and the NDP – that’s hardly a formal coalition.

AND, let us not forget that IF the Bloc were included in a formal coalition – as the Tories suggest – that would negate the Tory statement that they were not offered a mandate. Anyone with a calculator can tell you that the Liberals, NDP, and Bloc hold more seats together than the Tories. Sounds like a mandate to me…

So folks, please remember the following. What is transpiring in the Canadian Parliament is:
1. Legal.
2. Democratic.
3. Representative of the majority of the Canadian electorate.
4. Not a separatist government.

And just to round things off with an additional dose of Conservative propaganda, check out what John Ivison at the National Post has to say about the state of affairs back home:

…the most likely scenario will see Mr. Dion become Prime Minister at the head of an alliance so unholy it would have been burned at the stake for heresy in the Middle Ages.

Ivison’s statement is the definitive representation of the ideological abuse of power that pervades Harper’s Conservative party – anyone who disagrees with Harper’s view of Canada is a heretic who deserves to be consumed by fire. On that note, let me be blunt. If you are a politically and socially conservative person – I have no fight with you. We may disagree on policy, but hopefully we can agree on the foundational principles of Canadian democracy. But Harper and his Tories are trying to run government by their own rules and are trying to shut down anyone who gets in the way. Ivison’s suggestion of an unholy alliance smells as though it were lifted from the pages of the Spanish Inquisition, not a modern Canadian newspaper. Let’s try and move past that, folks.

Until the next juicy tidbit emerges…

My elementary school teacher used to drive the class nuts with a cliché she would share ad nauseam: “If you’re not part of the solution, you’re part of the problem.”
While Daf 3b in Pesachim discussed when it is okay to question your trust in certain others, Daf 4b outlines exactly the opposite: