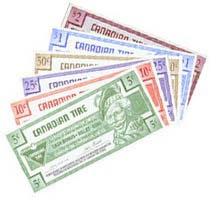 Remember during the past few weeks of political turmoil when Stephen Harper repeatedly insisted that what Canada really, really needed during “the most difficult global economic crisis in many decades” was stability — a stability only Harper’s Conservative government could provide?

Yeah, I remember that, too.

My how times have quickly changed, haven’t they Mr. Harper? Maybe I should be a little more sympathetic… I guess it’s pretty hard working to stabilize our country from the front seat of the roller coaster ride you’re leading Canada on.

After all, the zigzaging, pessimism, and uncertain depression might just be the side-effects of riding on this coaster.

Except these aren’t side-effects… they’re effects. I’m a flat-out dunce when it comes to math and money, but even I can see that Harper’s not exactly cultivating a sense of economic stability. Because I’m a little dyslexic when it comes to the math side of economy, I’ll refer you to some brilliantly damning words from Doug McArthur:

[the current goings on is an] indication of really how kind of badly organized they are right now. It’s funny that a government who has prided itself — at least so they say on controlling the message and keeping the message controlled out of Prime Minister’s office — has perhaps done worse than any other government I can remember in terms of messaging about the state of the economy and I think this is bad for the economy. I think to have inconsistent messages, constantly changing messages, an apparent failure to understand what’s going on in the economy with that is a bad thing in terms of the overall all the actors in the economy.

If you need a good primer on why Harper is an impediment to stability and democratic clarity, I highly suggest you check out the full article at the Globe. It’s worth it.