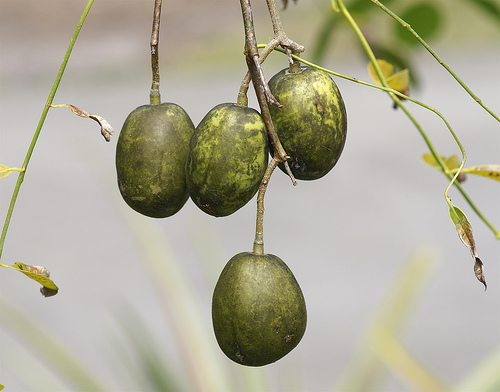 I was just leaving a comment on a new post by David Wilensky. He’s received an advance copy of part of the new Reform machzor – Mishkan T’shuvah – and he’s brainstorming the criteria he’s going to use to evaluate it on his blog. Go check out what he has to say. This prompted me to wonder:

Given that most of the people who go to shul on Rosh Hashanah and Yom Kippur are of the “twice-a-year” variety, shouldn’t a machzor be designed with this in mind?

If so, wouldn’t you – as an editor of this machzor – do everything you could to make it accessible and inspiring with the goal of encouraging these twice-a-year Jews to become thrice-a-year or whatever comes after thrice?

Wouldn’t you fill it with meaningful and explanatory commentary and inspiring readings that aren’t clumped together like they’ve been pulled from Bartlett’s Quotations? Wouldn’t you present it in an open and unintimidating way? Wouldn’t you make it beautiful and enjoyable to use?

Have you seen what most machzors look like today? (Hint: most don’t look like that, and those that do are cost-prohibitive).

Congregations work so hard to bring in members, and as any Jewish demographer will tell you, most are struggling right now. So on the very days during the year when the crowd is in the house with books in hand, shouldn’t congregations be equipped to fight the good fight?

If you were in marketing, you would bend over backwards for the opportunity to reach people in the way congregations can at the High Holidays.

Suppose you’re a marketing firm representing some company. Imagine a crowd of people have voluntarily sat down in front of a billboard you created advertising this company, having already purchased whatever it is the company sells. Now imagine that this crowd of people have also told you that they’re only going to sit there for five days, and then they’re leaving and not coming back for a year. To make matters worse, they won’t again be purchasing whatever it is the company sells until then. Sound familiar?

If you were that marketing firm, wouldn’t you do everything you could to entice the people to come back sooner? Wouldn’t you design a billboard that wasn’t just targeted towards the brand-loyal, but also to the fence-sitters and window-shoppers?

If you were that company, wouldn’t you demand that the marketing firm earn its pay by creating such a worthy campaign?

The twice-a-year crowd is often viewed with contempt and relegated to the back of the shul, since most assume that they only come out of a sense of familial obligation or Jewish guilt. Not being of this variety myself, I can’t speak for them, however I would assume that very few feel compelled to return to shul following the High Holidays. Indeed, the proof is in the pews. And to some extent, congregations allow this to be so by focusing their energy and attention instead on the regulars, since those regulars demand the attention.

But the twice-a-year crowd are low hanging fruit! They’re in the house with books in hand!

Most certainly there is a responsibility on the part of congregations to reach out in a welcome manner, create worship services that are engaging and meaningful, and do their job to reach these low hanging daveners.

But in the major Jewish Movements today, most congregations use the standard machzor of that Movement. So isn’t there some responsibility on the Movement’s part, too? Isn’t there a responsibility to create a machzor that does everything that my imaginary marketing firm would do?

So as David evaluates the new draft of Mishkan T’shuvhah, I’m left wondering if it will be a product that is created cognizant and reflective of the majority of people who will be holding it, or if it will be a product that serves instead the vocal minority. I’m not going to judge the book by it’s non-existent cover by making any assumptions at this point. I just hope that Mishkan T’shuvah will be both an inspiring product for the brand-loyal Jews, and also an enticing billboard for the low hanging daveners.