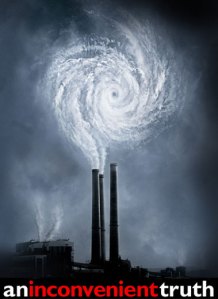 Yesterday, I responded to B’nai Brith Canada’s claim that they were in possession of “The truth” vis a vis the Israel/Palestine/Jewish/Muslim/Arab/Middle-East peace process, and that an anonymous “They” was trying to subvert access to this “truth.”

So let’s talk about “The Truth.”

In 2005, I was invited to speak at the URJ Biennial in Houston as a member of a panel on Israel Engagement. I was representing the university age group, and I was supposed to talk about Israel advocacy, Reform Zionism, and combating anti-Israel sentiments on campus.

Coming out of the Israel/Palestine/Jewish/Muslim/Arab/Middle-East climate at York University heavily affected my perspective. The topic was a particularly divisive one at York, and I had grown tired of the vitriol from both “sides” of the debate.

So the thesis of my panel presentation went something like this:

“If you’re going to talk about Israel on campus, you need to root yourself solidly and almost exclusively in factual truths. You need to avoid the emotionalization of the debate, and stay away from the impassioned yelling fits.”

Because that’s what the debate had become – a perpetual round of who-can-scream-louder-than-the-other-“side”.

Having just returned from Israel where I had some unique opportunities to engage with the Israeli Arab community, I find more than ever that the truth might actually be at the root of the problem – both in the Middle East and abroad.

Keeping your debate to truths is all fine and good, and may indeed circumvent some of the yelling and screaming and red faces and holier-than-thou shouting, but there’s just one problem…

Both “sides” have equally valid truths.

I’ll pause for a moment and explain the copious use of quotation marks around “sides”.

There really aren’t two sides to this issue, each with their own opposing history… it’s one large story, with intertwined narratives, facts, and truths. This is not Jew vs. Muslim, Arab vs. Non-Arab, Israeli vs. Palestinian, or any other false dichotomy. The longer we continue to view this as a polarized issue, the longer it will remain that way – polarized and unsolved. Certainly, at this point in world history, it’s clear that if you want to talk about Israel/Palestine/Jewish/Muslim/Arab/Middle-East, you should understand that it’s one vastly complex narrative, not two separate storybooks.

Back to the Truth… in this one, complex story, there are a number of equally valid truths. For example:

It’s very convenient and easy for much of the pro-Israel community to just focus on the truths from the Israeli “side” of the narrative, because it makes it look like Israel is justified in all of its actions. Unfortunately, that leaves out half of the story.

The pro-Israel community as a whole needs to work on being less myopic, and start looking at the bigger picture, not just Israel’s “side” of it. This is why I’m so fond of J Street. Not because they’re “liberal,” “progressive,” or “pro-peace,” but because they engage in a holistic viewing of the situation Israel faces.

Compare their perspective with B’nai Brith Canada’s. When B’nai Brith claims to be in possession of the “Truth,” what they’re essentially doing is delegitimizing anyone whom they deem as being opposed to their view of the “Truth.” So the reality of daily life for non-Jewish Israelis is irrelevant, the reality of daily life for Palestinians is irrelevant, the future demographic realities Israel will face are irrelevant, and the realities that President Obama and Prime Minister Netanyahu are willing to confront are irrelevant because they are not “the Truth.”

The “truth” is all fine and good, but only if you’re open to other people’s truths as well.