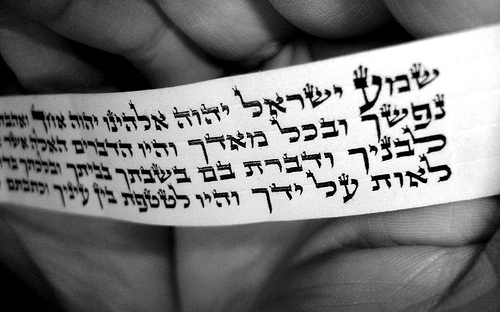 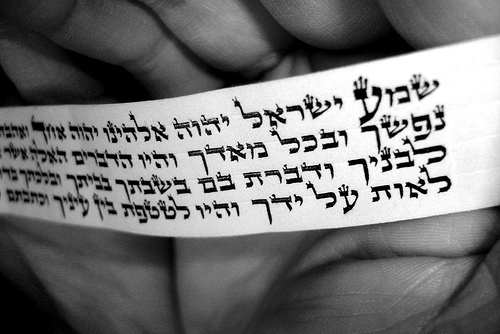 Reform Judaism might have been the ultimate Dead White Guy club. While your average Reform Jew probably doesn’t know who Geiger, Holdheim, Zunz, and Jacobson were (a really great law firm?), close to two centuries after their radical notions were introduced into Judaism, we are still dealing with the implications of how Judaism deals with such (originally) non-Jewish concepts of rationality, reason, and logic. We owe many debts of gratitude to these founders of Reform Judaism, but we may also be held captive by some of their ideas.

For the early Reformers, the ultimate authorities on decisions of religious importance were these “immutable” laws of rationality, reason, and logic. The sh’ma was a prime target for attempts at expunging any perceived irrational theology from our liturgy. References to divine reward and punishment? Out! Commandments to distinguish ourselves in dress by wearing tzitzit? Out! Notions of divine control over natural weather patterns? Out!

What was left was a very nice catechism on the oneness of God – a perfect watchword of our faith that might be easier for the wider world to digest.

In the quest for spirituality, many previously rejected “irrational” aspects of Judaism have been re-embraced in Reform. But one hundred and some fifty odd years later, the sh’ma looks more or less the same in Reform siddurim, not keeping fully apace with our irrational evolution. There is, of course, the notable exception of the passages on the tallit being reintroduced in Mishkan T’filah, reflecting the change in approach to wearing tallitot among Reform Jews.

Will there be a day when Reform Jews revisit the other effaced components of the sh’ma? Can we have a progressive approach to notions of God compelling us to be responsible for our actions? Yes, I believe so! In fact, thinking along the lines of Reuven Hammer’s philosophy, the previously expunged parts of the sh’ma may actually be perfect contenders for a Reform approach to this concept. Check out what Hammer has to say, in Entering Jewish Prayer (bold emphasis is my own):

“One need not believe literally in physical reward and punishment to accept the doctrine of the second paragraph of the Shema. Its importance is not in the specific way in which it was formulated and concretized, but in the very assertion that there is meaning in our actions, that there is responsibility for what we do. The human echo of the existence of that Ultimate Reality is that there also exists ultimate responsibility. If man is not the master of the world but is accountable to a greater power, our actions take on grave importance and must be carefully measured.“

Doesn’t this sound like the backbone of the Reform notion of social responsibility? Aren’t there countless other occasions in Jewish texts where we don’t necessarily believe the p’shat of the text, instead using it as a trigger for deeper thinking? I was surprised to discover a supporter of this idea in an unlikely place: 1869 Prussia. It seems that not all of the early Reformers were so wed to rationality’s trump card over spirituality. Consider what Gustav Gottheil had to say in 1869 (again, bold emphasis is my own):

“I fully recognize the rights of the present to change the prayer, but I believe that the religious consciousness of other times also has the right to find expression in our prayers. I do not believe that our time, with its cold rational direction, is especially suitable to create warm, heart-stirring prayers….”

With this idea in mind, might there be a way to reframe the challenging aspects of the sh’ma so that it can be both a declaration of our belief in the oneness of God, as well as our supreme belief in humanity’s need to be responsible for our actions on a cosmic level? Wouldn’t that be quite the watchword?

My elementary school teacher used to drive the class nuts with a cliché she would share ad nauseam: “If you’re not part of the solution, you’re part of the problem.”
While Daf 3b in Pesachim discussed when it is okay to question your trust in certain others, Daf 4b outlines exactly the opposite: